Why I bought BTC and GME at their peak

As somebody who’s currently in-between income streams, putting $2k (now ~$4k since original writing) into two financial markets experiencing months of volatility doesn’t seem like the smartest move. But it was worth it, and I’ll tell you why. 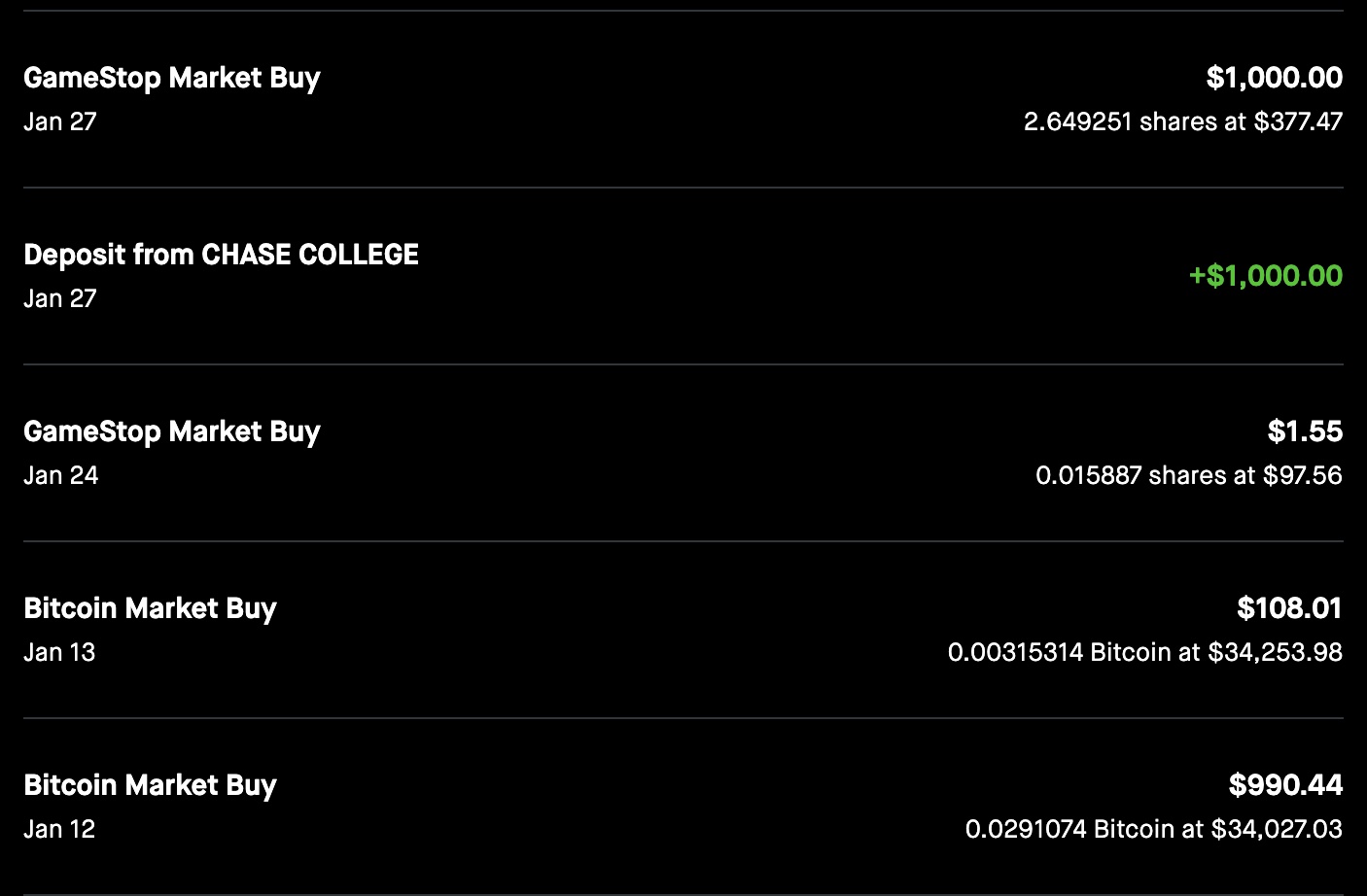 Learn from the past

Let’s be clear, we’re not talking about YOLO money here. Every cent I put into BTC and GME is money I can happily lose, and I’d still consider myself having net profited from the transaction.

Which is the very point! Before making some actual commitment to buying and owning BTC, I was interested but had never actually done anything about it. Why should I when more pressing life and financial matters exist? It was this same line of reasoning that led me to defer doing any of what I considered the “prerequisite” learning about cryptocurrency in 2017. 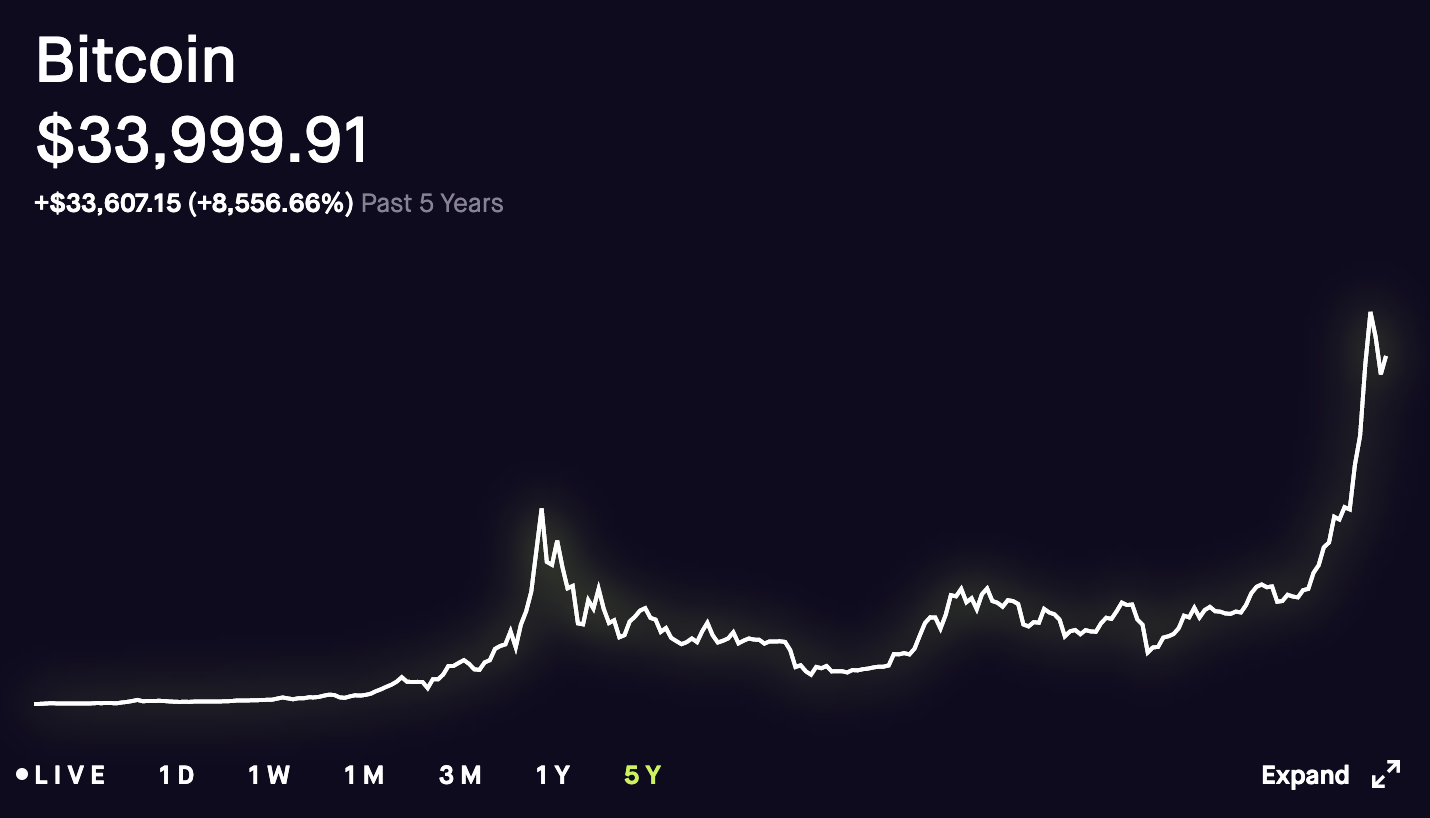 But what I have now is far more valuable! I have a relationship to cryptocurrency which is now a key motivator in my sustained learning about the subject. The resulting education - though I could have in theory gained it for no cost - is easily worth that $1k, and I believe will net me far more money than that in the future. As Charlie Munger always says, the best investment is always an investment in yourself.

Bringing it into the present

Today GME is sitting at what previously would have been an unbelievable high, and the FOMO would be real if I had not bought ~2.5 shares myself yesterday. 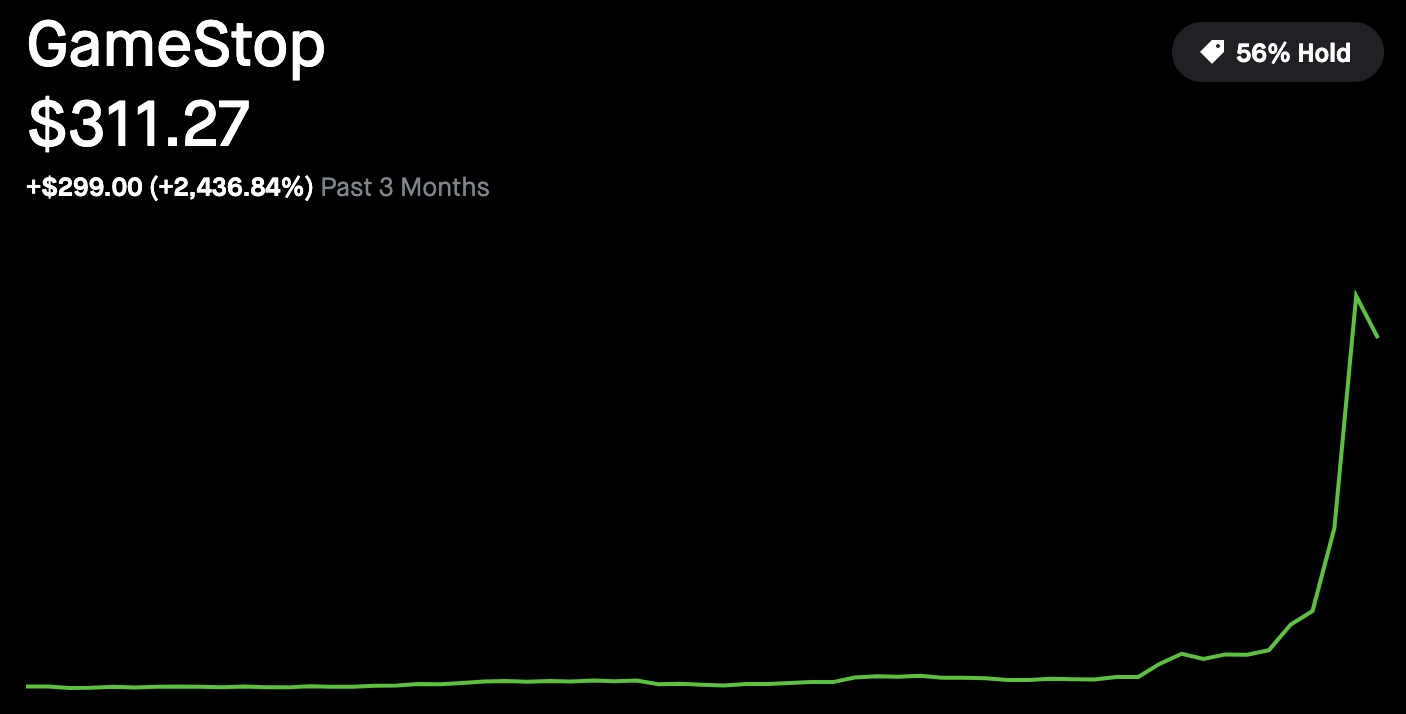 Again, the price I bought at was arguably a terrible investment, assuming this hypothetical scenario of infinite demand resulting from the impending short squeeze doesn’t take place.

But look at that last sentence! I had no idea what all those things meant 48 hours ago, but today I know them intimately - or as intimately as I can for focusing on nothing else but learning as much and as fast as I can to follow the current situation.

Perhaps this aspect is unique to this specific situation, but it’s also brought me an unbelievable amount of joy to be a part of this movement! Though I’ll save that conversation for another time.

As humans we often fall prey to our evolutionarily difficult to manage programming. Hyperbolic discounting prevents us from making rational long term decisions because we don’t get enough early dopamine to engrain the process of advancing towards big goals. We get bored!

All it takes is being aware of this fact to allow ourselves to hack that biology through small decisions with outsized impact. And think of it this way: what would an equivalent college class have cost you?!

This is not financial advice.

I am not a financial advisor, I’m an unemployed data engineer.